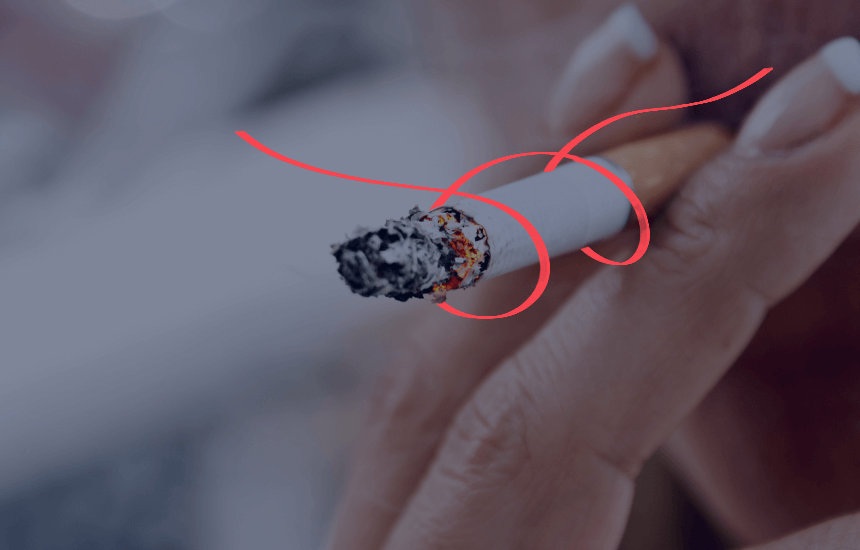 Hormones and Smoking: How is it affecting your health?

It is a well-known fact that smoking can have a negative impact on your health, with both active and passive smoking possessing the ability to wreak havoc. Being associated with health conditions such as emphysema, diabetes, multiple forms of cancer, heart disease and many more, you would assume that no one would pick up this habit. However, in 2019, health data showed, 28% of men and 22% of women aged between 25 and 34 years were current smokers in England (1). Worldwide there are 175 million women and gender-diverse people assigned female at birth (AFAB’s), aged 15 or older who are either current, daily or non-daily smokers. So how are hormones and smoking linked? We’ve explored the facts.

Did you know? Studies have shown that women and gender-diverse people assigned female at birth (AFAB’s) may be less successful in quitting smoking and nicotine therapy be less effective (2).

What is the link between hormones and smoking?

Aside from the variety of established health conditions associated with smoking cigarettes, evidence has revealed that smoking can also affect your hormone health and therefore, things like your reproductive potential and even affect the onset of menopause (3).  The chemical components of cigarette smoke influence the production, secretion and levels of hormones throughout the body by affecting the function of the hypothalamus, thyroid, adrenal gland and even ovarian function. This can lead to lasting effects on hormonally regulated processes all over your body.

Did you know? There are over 4000 substances in cigarettes that display reproductive toxicity

Let’s start with the main hormones; Oestrogen, Testosterone and Progesterone

Inherently, smoking is anti-estrogenic and pro-androgenic (meaning it has both a negative effect on oestrogen levels and a positive effect on testosterone levels). Studies have shown that women who smoke have higher serum testosterone levels than those who do not smoke (4)  and lower progesterone and oestrogen levels in both their blood and the follicular fluid (the fluid which surrounds the developing egg, important for egg growth!) (2,5). Smoking even affects the conversion of androstenedione to oestradiol by cells within the eggs (2). This switch is mainly driven by the effects smoking has on the production of these hormones. As well as negatively affecting oestrogen production and metabolism by your liver, smoking increases the levels of a hormone called sex hormone-binding globulin (SHBG) which binds to oestrogen – preventing it from performing its essential functions around the body.

Moving on to the gonadotropins…

Follicle-stimulating hormone (FSH) and Luteinising hormone (LH) are hormones released from your hypothalamus (a part of your brain) that are involved in the regulation of the menstrual cycle and induction of ovulation. Unsurprisingly, smoking has been found to affect the level of these as well. Studies have shown that habitual smokers tend to have higher levels of FSH and LH in the first half of their cycle and at menses than non-smokers (6,7).

Next is anti-mullerian hormone (AMH)…

AMH is produced by granulosa cells within the ovarian follicles and is used as an indicator of your ovarian reserve. Research has shown that smokers have a lower AMH, in fact, one study found that current smokers had a 44% lower AMH than the non-smokers (8). This indicates that smoking is actually directly toxic to the eggs within the ovaries. The fluid produced by the granulosa cells, follicular fluid, actually contains increased levels of harmful nicotine toxins (9).

Did you know? Chemicals derived from cigarettes and smoking have even been detected in the cervical mucus (10)!

And now the thyroid hormones…

Your thyroid gland plays important role in the regulation of many different bodily functions such as growth and development. Cigarette smoke has been found to have both inhibitory and stimulatory effects with studies showing both an increase and a decrease in the thyroid hormones. Both active and passive smoking has been linked to decreased levels of thyroid-stimulating hormone (TSH) and increased levels of free thyroxine (T4) and triiodothyronine (T3) (11,12). Smoking is a known risk factor for thyroid-related disorders, especially Grave’s disease and Goitres (13,14).

Check out our article explaining the ins and outs of how thyroid function affects fertility here.

Moving on to prolactin…

Prolactin originates from the pituitary gland and is most commonly associated with milk production and altering breast physiology, but it also has a number of different roles throughout the body. Chronic long-term smoking is associated with decreased prolactin levels (14).

And finally, Cortisol, the stress hormone

Cortisol is a hormone released by our bodies in response to stress leading to what is known as the fight or flight response. Effectively the brain uses cortisol to divert any energy away from the ‘non-essential’ bodily functions. Smoking has been linked to increased cortisol levels in the blood. It also affects hormones involved in the production of cortisol (2). Although cortisol is not measured by our hormone health kit, increasing levels of cortisol has knock-on effects on hormones involved in the regulation of the menstrual cycle.

The levels of our hormones are usually finely balanced by our body to maintain normal physiological functions. The ability of cigarette smoke and its chemical components to affect this balance means that it impacts these important processes. For example, people who smoke at least 20 cigarettes a day had shorter cycles than those who did not smoke, there has also been a link between smoking and dysmenorrhoea (7). Smoking has also been linked to earlier menopause (15), linked to the direct effect on ovarian follicles and oestrogen levels.

It is clear that the negative effects of smoking on your hormone levels can not only impact your current hormone health but also has the ability to affect many of the processes in your body and your reproductive future. If you need help quitting smoking check out these top ten tips to help you quit smoking.

As part of our mission at Hertility, we provide you with easy access to information about their hormone health –  our kits are the way we do this.  These do not just give you a better insight into your fertility but, based on various other hormones, we believe that the information gained can help you in many other areas of your life to help you make informed decisions.

Ruby is a biomedical scientist specialising in reproductive science and women’s health. She holds a BSc in Biomedical Science from the University of Strathclyde in Glasgow and an MSc in Reproductive Science and Women’s Health from University College London. Ruby’s research interests include; reproductive health and fertility, the perimenopausal transition and the postmenopausal period. 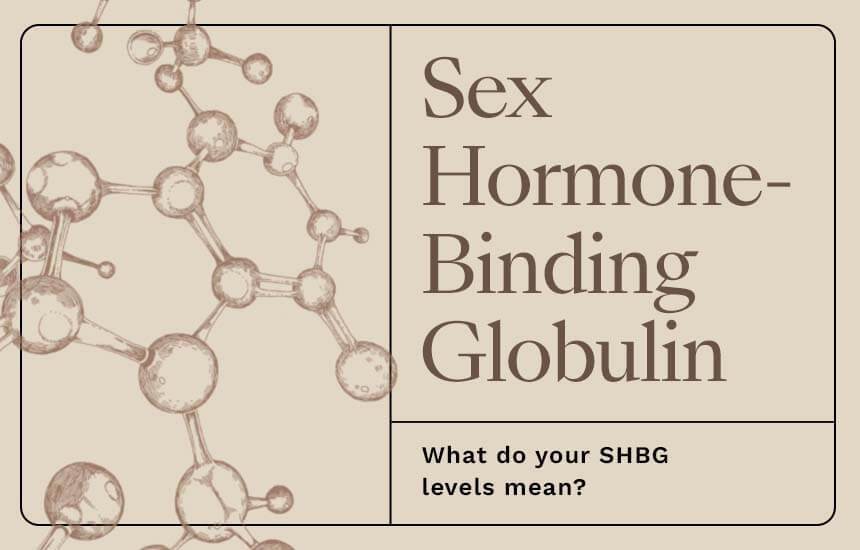 What Do Your SHBG Levels Mean? 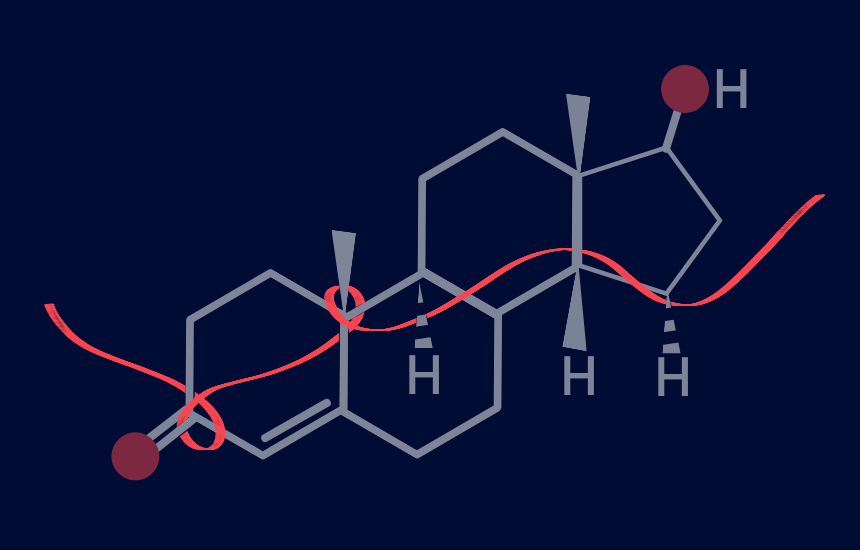