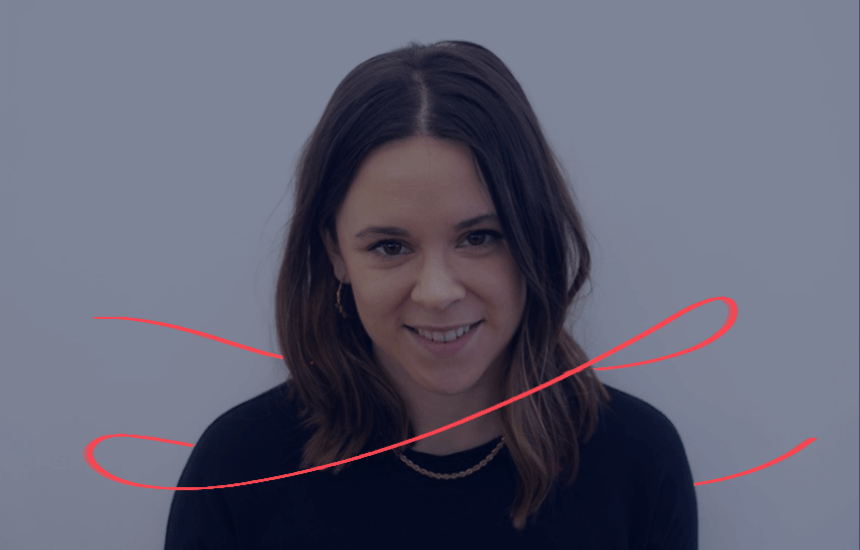 PCOS & a Dermoid Cyst To Top It All Off

I’ve always had a feeling something wasn’t quite right with my hormones. Nothing major… but something a little skew-whiff. Since I was a teenager I’ve had erratic periods. They’re on the light side, making me one of the lucky ones, but sometimes they won’t come for months. Once, just after my final exams at university, my period didn’t come for about 9 months. I’ve always been a normal weight, and was eating ok (albeit a bit stressed about exams) but 9 months seemed excessive… So did the endless doctors appointments checking that I wasn’t pregnant or a past autoimmune condition flaring up.

That was my early 20s. My mid twenties passed with little change to that pattern to be honest. Months and months without, then just restarting again. I tried to track my periods, but I didn’t really have the monthly reminders to help me remember. So I just put up with a mild, low-level, background kind of anxiety about my reproductive health. Weirdly, although I understand contraception pretty well, it made me reluctant to go on any hormonal birth control. I just didn’t want to mess with these hormones which seemed in such fine balance. And anyway… it didn’t bother me that much.

Then I started working at a health tech company- which really highlighted to me that knowledge is power when it comes to your body. Finally it clicked – I really should actually check if my hormones were balanced. I knew that wouldn’t hold all the answers to my period woes… but it seemed like a very interesting place to start.

So I got my first test back… taken on day 3 of course. High testosterone… Low oestrogen… Hmmmm that’s weird. Was not what I expected. I knew that raised testosterone suggested PCOS but I also knew I didn’t have the typical symptoms. Beyond the messed up periods and the raised testosterone, I just didn’t have much else that was typical for PCOS. Or at least I thought I didn’t.

What I knew about PCOS was that it usually caused heavy periods, excessive hair growth, insulin sensitivity and weight gain. I didn’t struggle with those. I had light, irregular periods and bad mood swings. But that was it really.

So… I ignored my first few sets of results. For about a year. I’d had abnormally high cortisol results at the same time, so as ever I just sort of put it all down to stress. Maybe my periods were just super super super sensitive to stress.

Then my periods suddenly got incredibly heavy. Obviously I thought I must have cancer. So I actually went to a doctor. I don’t hate the doctors at all, but I do find the process often quite inconvenient. It just doesn’t fit in with my life. Despite having recent blood tests, the doctors made me take another test (not on day 3 either) and told me I had PCOS. That was it. A single phone call. Just the test results and a simple conclusion. Nothing else on the matter. And no follow up information.

Doctor google, and my mum (an actual doctor) helped me learn that there’s actually loads of different types of PCOS. Turns out whilst some women get the more ‘classic’ PCOS symptoms I listed above – it’s actually a hugely varied condition. So much variation it was quite hard to learn the facts.

PCOS diagnosis – what else?

But this new diagnosis didn’t explain my sudden changes in my periods. Or at least I didn’t think it did. I was pretty confused to be honest. So I went back to my GP and they said I could have an ultrasound.

This was where the fun really began. The process of finding out I had a dermoid cyst involved an initially inconclusive scan – where the sonographer simply told me that I have ‘some sort of mass. But I can’t see exactly what today.’ Four weeks later, another scan followed. This time they told me that the mass was a ‘probably benign cyst’. The probably in that sentence didn’t fill me with confidence. So I went to my GP to ask what next… What next was a very long wait to see an NHS gynaecologist.

Now, let me say that although I felt pretty horrific after my various appointments I am staunchly pro the NHS. They gave me a certain first diagnosis – PCOS – and a probable second one – benign cyst. I did feel a little lost though. Suddenly my fertility (not something I’d thought about being 28 and in a very new relationship) felt uncertain. I’m not even sure I want kids but that feeling was very unsettling.

So… to get a quicker second diagnosis I went and got a private scan. I’m very lucky they could confirm it was a dermoid cyst that was not cancer. They could also see a huge number of cysts in my ovaries that confirmed the PCOS. It was a relief to be able to actually see what was going on on my ovaries, although they didn’t look in the best shape I must say. I feel so fortunate to have been able to quickly access answers but it took me years to really take control of my reproductive health. Even though it’s not perfect – nothing ever is and it’s really much better to know.

If like Annie, you’re experiencing irregular and erratic periods, it could be a sign of a hormonal imbalance. Our at-home hormone tests can help you get to the root of your period problems. But at Hertility, we don’t believe in giving you results without the rest. Our team of experts include PCOS specialists that can help you to manage your PCOS symptoms. 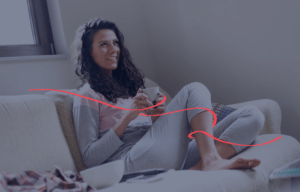 How Your Fertility May Be Affected By Your Lifestyle 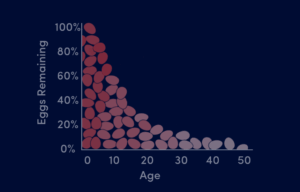 Age and Fertility: Is Your ‘Biological Clock’ Ticking Away?